Story Time: My First Day of Self Caused Delirium (Or SCD, for short) 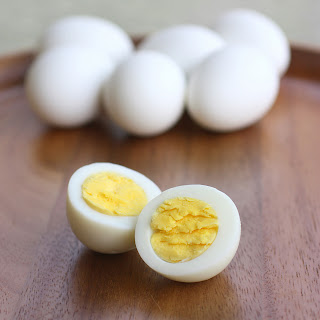 I've survived one year on the SCD! Woot! Let me tell you, it has not been easy. In fact, I just had my one year scoping from hell (colonoscopy, for those of you who've never had one) and good news: 10x better than it was last year!! SUCCESS! It's still not perfect, but the doctors were able to get the scope into my small intestines, a feat they've yet to accomplish in the  4 other colonoscopies I've had in my lifetime (just for the record, I'm 24. I don't wanna hear any excuses from you 50 year olds about how much you don't want to get a colonoscopy. Suck it up.) So to celebrate, I wanna share a story of my entrance onto the SCD.

Let's start with the fun part shall we. I have a good friend, Preston Powell. He makes the most killer cake: better than BETTER THAN sex cake. That's right, folks, two better thans in one title. And it's appropriately named, too. Just think for a second, the recipe calls for an entire stick of butter, just for the sauce that you put on the cake. It's so rich, it comes with a surgeon general's warning saying eating this cake will increase the risk of heart attack and could potentially lead to death by the age of 27. Words cannot describe this chocolaty masterpiece.

So why begin a story of the first day on the SCD with a description of cake? (Mind you, a cake where virtually every ingredient is illegal.) Because if I was gonna deprive myself of all things holy, I was gonna go out with a bang. And that I did.

Two days before embarking on the SCD, I threw myself a party. And not just any ol' get together, but a feast! The entry to my party was one sugary, floury, or starchy food item. And the cake, this better than BETTER THAN sex cake, was to be the crown jewel of the evening. Standing at 8" and 1500 calories, this cake had the potential to kill an elephant. But I didn't care; I ate, I drank, and I played games until I was ready to vomit. You know why? Because in two days, I was gonna die.

Sunday came. Last day of freedom. I felt like I needed to hook myself up to an IV of wheatgrass in hopes of detoxing from all the sugar the night before. Instead, I just heated up some pizza, finished off the remaining few pieces of cake, and tried to ignore my throbbing head.

Monday. July 2nd, 2012. Day 1 of the SCD. I, of course, had done my homework on the SCD. I was an expert! A friend of mine had loaned me some SCD cookbooks; another friend helped me find websites to get me on the right path. There was no way I was gonna fail!

Oh, I failed so hard that first day. I still remember opening my fridge that morning. My mom and I were planning on going shopping that night for food, so up until then, all I had was... well, actually, I didn't have anything. In fact, included in the feast was a gift bag for everyone who came. Inside the gift bag was every single ounce of food I had to my name. I was left with nothing, bone dry of anything that could be considered substance. All I had were eggs. Gross. Nasty. Eggs.

I'm not sure why I hated eggs so much. They just always came off as bland and tasteless. Nothing I added seemed to make them any better. So when I reached into my fridge that first morning and all I had were eggs, I put on my big girl panties and made myself some food. Eggs for breakfast. Eggs for lunch. Eggs for dinner. Now, I was no connoisseur of eggs. I barely even knew how to scramble them, let alone hard boil them. But I did it. I made myself hard boiled eggs. And let me tell you, I was ready to vomit by about the 10th egg I shoved down my throat.

To this day, I still gag over hard boiled eggs. By far, the worst chain of meals I've ever had. But I learned something that day: life is hard, but it's never impossible. I survived that first day, and every passing day teaches me something new about how to take this Self Caused Delirium of mine and turn it into a Successfully Cured Disease.
Posted by AJ Heaps at 8:55 PM

AJ Heaps
I was diagnosed with Crohn's disease about 5 years ago while I was still in high school. 4 colonoscopies and 3 types of medication later, I decided enough was enough. I started the SCD (Specific Carbohydrate Diet) in July of 2012, and have been faithful to the diet since. I created this blog to show that a poor college student with way too much homework and dancing on his plate can still manage to be successful at the SCD.